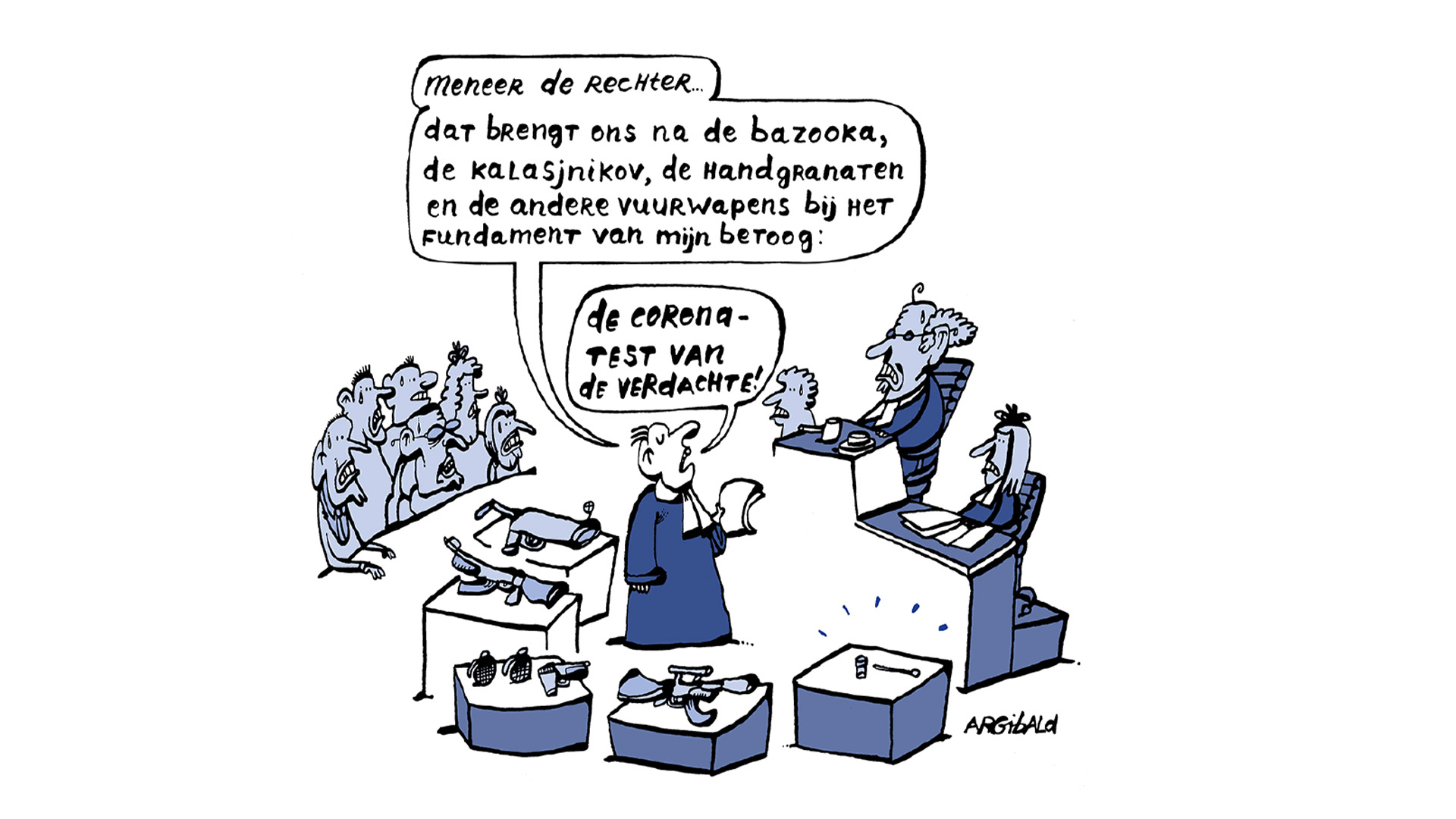 In these uncertain times of Covid-19 certain questions arise about ‘corona-related incidents’. What is actionable in times of corona and what is not? Do different penalties apply for certain crimes and misdemeanors compared to the times where there is no corona? Or does a certain conduct yield a different offense compared to ‘normal times’?

In this blog I will take up the question which delicts ‘spitting in the time of corona’ can yield, how the assessment differs from ‘normal times’ [insofar it is possible to determine what is ‘normal’] and what penalties the offender has to face.

Spitting towards a person can be used as an example for a conduct which can be actionable [generally qualified as an insult] and which conduct in the time of corona could lead to increased sentence and even if it is possible to qualify it as a different offense. Not as an insult but as a threat. Indeed, with the alleged victim against who would be spitted towards could cause the justified fear that he or she would be infected by the Covid-19-virus.

Even if there is no contamination the spitting under circumstances can be classified with ‘criminal offence which targets personal life and/or threat with aggravated assault.’

The district court of Rotterdam has dedicated several general considerations to the question of how the so-called ‘corona-related crimes’ should be handled [ECLI:NL:RBROT:2020:3338].

The court distinguishes five categories of which I will discuss four of them here. The fifth category concerns a type of bigger cases which are very casuistry. The fifth I will not discuss here.

The first four categories are:

The last category is also an interesting category. In some cases the Public Prosecution stakes way too high because the crime has taken place ‘in the time of corona’ while ‘corona’ does not play a specific role in the alleged crime. More on that later.

The court therefore considered in its wisdom that the judge should assess every case separately on grounds of the ‘seriousness and all the circumstances of the case’.
‘The judge in this crisis also has to, or perhaps precisely because, guard against general increase of penalty’.

Spitting as a threat

When can spitting in times of corona be qualified as an actionable threat? That depends on the circumstances of the case and I will explain this below.

Only then spitting is actionable in times of corona. The defendant should have ‘deliberately accepted’ that there would arise a reasonable fear with declarant on contamination with the coronavirus.

This deliberate acceptance of the considerable chance must be shown by certain conducts. There should be ‘corona-related statements’ and/or the acceptance of the chance must be shown by other circumstances. An example where spitting towards an officer did yield a threat with aggravated assault is a case where there was coughed towards an officer which was being handled by the Higher Court Arnhem Leeuwarden [3 november 2020; ECLINLGHARL:2020:8952].

The intent of the defendant on the threat was being determined by him calling out loud: ‘Don’t touch me, don’t touch me. Corona. Corona’. The Higher Court considered these statements proved.

Because the client said the threatening words ‘Don’t touch me, corona, corona’ while spitting it was established that the intent of the defendant was aiming for arising fear [with declarant] that he would get contaminated with corona.

In another case of the Higher Court Arnhem-Leeuwarden there was also spitting, but the [conditional] intention of the defendant on the threat could not be established [20 july 2020; ECLI:NL:2020:5612].

The Higher Court considered: ‘With the Magistar the Higher Court expresses the opinion that the file shows insufficient that defendant coughed in the face intentionally. On grounds of the statements of the declarant and the witness there can be established that defendant coughed towards the car in which declarant was sitting, but it does not establish that the intention of the defendant was aiming for arising fear with declarant that he would be contaminated with the coronavirus and cause of severe physical damage.’

It could be concluded that the intention of the defendant plays a significant role in the facts of evidence of an actionable threat. This intention should be derived from objectively observable conducts.

The spitting itself does not yield threat automatically, but could be a threat if paired with certain statements [‘corona corona’] or another circumstance that indicates the acceptance of this chance.

Spitting, if there had been no threat assumed by the court, qualifies as an insult.

Recently the judge ruled in first instance in a case in Amsterdam with registration number 13-313624-20 [can be requested from the District Court in Amsterdam] from undersigned that spitting in that specific case did not yield threat because there could not be established that the man deliberately accepted the considerable chance there would arise fear of contamination with the reporting officer. In short, ‘category 4’ was applicable. It was admittedly the time of corona but it could not be established that the man had the [conditional] intention to cause reasonable fear of getting corona with the reporting officer. The man was seriously confused causing no establishment of the alleged intention. Therefore, the defendant was acquitted of the indictment threat. For that matter the conduct was qualified as ‘insult’. The judge imposed two days of imprisonment instead of the three months as requested by the public prosecutor.

Spitting during the time of corona can – if threat is considered proven – fairly increase the penalties. A 2 or 3 month sentence is not exceptional.

Spitting in the time of corona under circumstances can be qualified as a criminal offence threat which targets personal life and/or aggravated assault. However, this depends on the statements of the defendant hereabout or other circumstances from which the deliberate acceptance of the chance that there would arise fear with declarant can be proven. In the other cases it remains an insult.

in cases of actionable threats being considered proven there will be a significant increase of the penalty. A detention of 2 or 3 months is not exceptional. For an actionable insult there will be considerably lower sentences applied.

In general I notice that it is advisable to not spit toward others at all during the time of corona. Also in times after corona spitting towards others is not recommended.